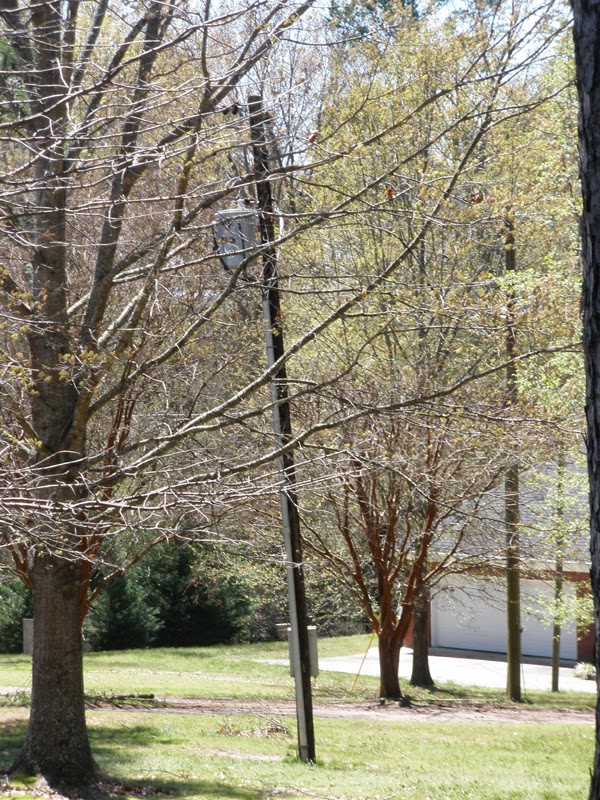 Wouldn't ya know my liver has been fine and the ONLY pill I am taking now is for my BP which really shot up earlier today when I learned AT&T has stood me up for the 4th time this week. It was for work I was going to pay for; line ran upstairs to boost signal strength and speed for the game stations, smart TV, and one of the computers. In the middle of it all...the electric company came out before these last two appointments to cut branches on the neighbors trees that were interfering with electrical lines. Not my trees mind you...but wouldn't ya know it would be MY mailbox and MY electrical pole that they would hit? So that crashed my PS 3 (PS 4 still in box waiting for AT&T to run that d*mn line) and made the signal go down even more. So I called them before these last 2 stood up appts. to let them know...trying to postpone their appt. in order to allow the electric company to fix the pole but they said no...they could do this with all that going on and made the 4th appt. for today. 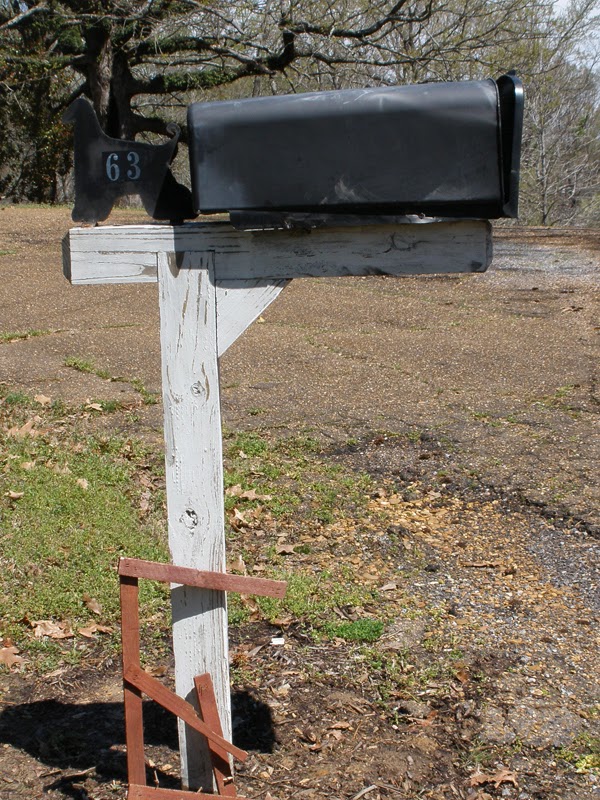 Now when I call to confirm...it will say that no one was here to allow them on premises this morning (said that yesterday too). Morning? No one here?!? So both days I called to speak with someone LIVE. They say noooo...we see it is for this afternoon (both days...writing names and times down) but sorry no one could make it out :l  And earlier when I called ...I get solutions like "Take the modem/router upstairs with you when you want to update stuff there...then bring it back down with you when you go onto the computer there". OMG! They aren't stupid...they are maliciously cruel and jacking me around! Another call the lady was in agreement and soooo nice stating I should try to unplug the phone and see if it boosts signal or speed since it was on the u-verse and not an actual land line. I did get 5% more but it was this 4th stood up appointment that Peed me off sooo bad...I staid on the phone trying to reach the correct department with Verizon to port over my number and at least be done with that part of AT&T! It's also cheaper ($20 a month) and didn't realize it was like a magic jack!! Shoot...I have no dropped calls, static, etc. like I sometimes do with AT&T. They worked on our 2cd line for the past 3 yrs with no crazy fluctuation in fees nor did they require service of equipment and no inept service!!!

Still going round with health insurance but with the Obama thing...I purchased another policy and a 'buy up' plan with current one. The new policy sales lady kept drilling in my head "NO NETWORK" lol and it was on the day I understood with 3 different agents with UHC that Network Doctors are those who have a contract to do cheaper services with them. Don't know why the others couldn't tell me that or why I can't see the other doctors out there closer to home that take their insurance. I guess it was the type of policy I had. No one could explain that ...nor will they probably explain the 'buy up' one either I am guessing but Assurant will take me and my pre-existing situations under their wing :} Unless the agent lied. I am hoping not.

I do understand the "Network" doctors (except for Dr. in Batesville) are few and FAR away lol so I had to reschedule my first appt. with them on a day where I could have someone drive me (some days
the neck/shoulder with tingling arm is so intense...I am in tears). I can't even reach the office. I get their answering service so canceled but no return call yet to reschedule. Guess I am back on the phones with them next week :/  That's a sorry shame vets and their answering services are more professionally and personally serviceable than that. Maybe I need to keep finding a doctor that isn't going play 'communicate with the nurse to communicate with me' kindergarten game (like whispering a secret to one kid, they in turn repeat the secret via whisper until it reaches the last child who stands up to audibly announce to the room what he has heard). They did get the message to him about my anesthesia issues and he was going to do the x-rays on my neck to get the blockage/disc or whatever is pressing nerves and blood vessels corrected before scheduling the procedures that require anesthesia. And that makes sense. I/vets wouldn't do that to a dog. If they put me or a dog under...then moved him causing a burst of blood flow to the brain of medicine or injectables...death could ensue. So whew. It only took 4 visits over an hour and a half away to get that message out! You'd think I'd have met the doctor by now but nope. Haven't. Must be in the contract lol :D What kind of crap was that for $350 per month? And what will they give me for $600 a month?!? Both policies are that so I really have a lot of work next week reading them...if they ever send the policies to me. Maybe like an AT&T thing...who knows but I intend on calling them ALL DAY until I get my answers. EVERY day. And figure why the doctor hasn't paid me. Along with some other things.

So I have those days I just hoof it around the house because the arm/shoulder/neck thing is that bad to where I can't even drive in town. My sister and others see the bulge. Think I can get the insurance or one of their doctors to notice? Well...the doctor in Batesville but I think he was so frustrated in trying to find one of those elusive 'Network' doctors or trying to get my insurance to do the MRI is why he just blurted out "there is just nothing more I can do for you". Nothing like health insurance ran like AT&T tying doctors hands behind their back to where they can't do their job and your situation just grows worse by the day, month, and year. How loud do I need to scream or how many break downs will be enough? I think there are some things that just need to be investigated...and these are 2 of them.

But God let me know he was still here when 2 clean cut, personable, friendly, astute college young men with not only all their teeth in their mouth but cleaned, genetically sound and beautifully structured came to me while I was watering the plants yesterday in a nice double cabbed pick up trailering a nice riding mower smiling and handing me a flyer they created offering yard services!!! How professionally well done it was and ambitious of them! You could tell by their demeanor they come from a fine family and learning the lessons of independence by creating a small business between the 2 of them! I was sooo taken back and very impressed that I am just LOOKING for work for them to do cheering on their success! Hoping maybe they can catch the bushes or remove the trees I want downed this year. People of that caliber is very rare here and services...well...I almost think it is non existent here :(

Hopefully I won't be looking for rides to doctors I never meet far away (then get a "limited to visits" by the insurance crap) or hoofing it much longer. Maybe I won't have to keep calling them or the answering service and we can schedule to get this done soon. Hopefully. Maybe I can even get my PS 4 hooked up. It's bad enough AT&T won't tell you u-verse is UPnP un-enabled but when you can't even get the speeds to install your equipment without it crashing is a shame. I am adding all machines to the suit since there are all these issues and they can't fix it along with the ER bill when their connect tech had me bridge my router to their router/modem that night for 6 hours crashing the other 2 computers and causing me to trip over the wires throwing that spine out even more than the other 2 falls (one pulling up phone wires troubleshooting speed issues :/). I just hope maybe the judge will here my desperate plea for mercy or relief and direct me to an attorney to just have them buy this house so I can move to an area that can service me like I requested before buying this place (which I do love other than all the mentioned above :/). I will not only ask the realtor....but neighbors if there is more than 1 service for internet!! And adding doctors/vets with ER services in the network too :P

Actually...that any and all basic services I may need are in walking or cab distance in case...God forbid please...any of this happens again :(((( Nor will I hear "They can get online in prison...maybe you need to ask THEM how to do it" :/

And the "2" on the PS 4 box...it's been actually 2 months and pushing 2 weeks that I bought it. I dust everything except that :/ Added more travel pics...I really need to get out of here since I can't drive much right now.


Guess we have to buy new mailbox and mandevilla vine this weekend. Glad I didn't paint the mailbox this spring yet :l I'm sooo ready for Honduras again next month! And maybe another plane trip over Belize Cayes ;)

*UPDATE: Jim brought to my attention a flyer was left on the door with the time of 1:00 on it. Ok. I'm wrong on this one...a little bit. Must have been a new tech because for over 3 years the steady tech already knew to call when he pulled in the driveway. This house is not only large, but has solid doors making it difficult to hear. The intercom and camera for doors won't be hooked up until the internet is stable. I also noticed that I was so stressed about it all...I was nauseous and liver was swelling (something to mention to doc next visit).

﻿﻿But with that said...when I went to repay Wells Fargo the extra money they had given me about a week ago (knew this was going to be an issue...yet banker laughed saying '1st time I heard that'). I requested something in writing stating it was their fault and assumed their computers weren't tied in to that branch at the time. They agreed but not to the letter. A large bank WILL NOT admit fault :P But the banker did say he was having issues with his internet at home and had only 1 more year with them. I laughed and said "You have AT&T and can't game!" He was surprised and asked how did I know that. Omg...I just let him know the new U-Verse doesn't enable UPnP! They are still wrong for the other 3 missed appts. What else was I to assume other than they struck out again?!? (Omg! Thanks for the photo!! I LOVE it!!! :D)