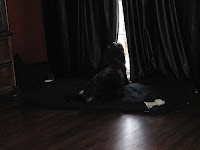 So glad the weather is turning nice and the grass is starting to grow. There was snow in northern Tn a week ago but missed me here so I've started weening myself off of FB and moving about. Paros is showing signs of friskiness along with hair growth and it's hard to keep him in now that the weather is warm. He sits and looks out the windows of the computer room or bedroom (above) like he is waiting for the rain to go. Of course it would kill him to miss the deer on the property as well :/ 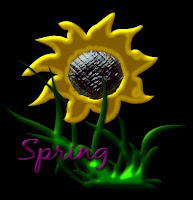 Lots of fun playing Mafia Wars and haven't had any time to do graphics other than a little quickie piece or two because it's someone's birthday and I detest the cheesy graphics they offer in FB. A friend also recieved her PSP Art Suite and I've decided not to update to windows 7. I would have to update my editors as well as Photoshop CS2. I am calling Norton this week to inform them. Would have swapped out computers but can't get a tech where I'm at for the life of me! Not Best Buy, online nationwide services...nobody. I am definitely in the Delta...rural Dead Zone :/
Hopefully I will get to see the nieces soon and children are a joy during the summer months! I have a new nephew I haven't met yet and he looks sooo sweet, I can't wait to hold him and say hello! Till then....Jim is thirsting for another bike and even snapped this pic of a goldwing with it's matching dog kennel in tow.

Spring is here and the roads are clear :)))) 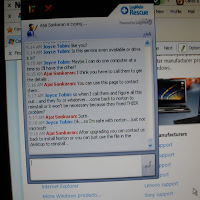 Sometimes there's nothing you can do but come to a complete stop and analyze your surroundings and situation. From midnight to 5:30 this morning Norton Rock and Rolled in my computer for the second time this week. Come to find out microsoft has faulty patches in some areas that they just aren't going to update so online backups are a no go until I update to windows 7. Come April to June they will not have any more patches/update/support for most of XP or Vista. Because windows is always plagued with viruses? I would go get a Mac but all my PS, KPT, Editors, Dreamsuite, Eye Candy happen to be for windows :/ Down about it today. 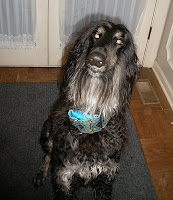 Then ya throw in there's issues with services from Memphis to maybe Jackson. I am hoping Jackson is a little more saavy than Memphis. With Firedog gone due to Circuit City closing..this leaves me at the mercy of Geek Squad at Best Buy whose prices are worse. Or a private company but they charge even more to come to your house and set up your equipment. We had a little confusion with the XBox this week. Not sure why we didn't go from PS2 to 3. How did I get talked into that?!? At least we will have different platforms for when the kids come to visit.


And groomers?!? Definitely stuck in the mud there! My Afghan Hound Club can't even help me up there and I really don't see the need to continue my membership. Really liked them and their pals...although they weren't afghans lol! Depressed about the local groomers trim here too :/ And I thought Petco was bad! 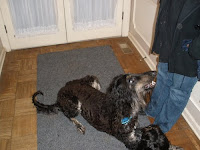 What a month! But it has been a blast playing in FB! Didn't really do any graphics but worked on my other sites a bit and posting some I did last month before joining Facebook. Started pulling out slowly and DEFINITELY deleted my graphics from there! Norton scan histories must report hacker intrusions or something most every other day. I think they will be disappointed to learn no credit cards used in the computers...I call directly to the manufacturers....Microsoft, Norton, Wacom....etc. Plus I have Identitly theft insurance and they will go after thieves to regroup their money so :P

Ahhh but the Wacom tablet is coming and then there's Final Fantasy on XBox, spring cleaning, opening the craft room upstairs, and Paros 2cd level of obedience training so I'm sure I'll be busy ;) 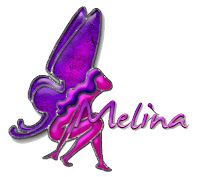 But if it gets rough and I find myself at a 4 way stop...with my age...maybe I would pull over and let the pros do it but in Ms....I need an air rescue out of here :/

Yesterday's high of 71 was appreciated but it rained all day trapping me indoors. Going through some old photos...I found this one here of Gravel and Papa Kenny. He had given me one of another friend (below) to give to him but I always forget or couldn't find the pic. Have it now and it can keep raining because I found a lot of them and can tell they will need to be enhanced. When my wacom tablet comes in next week...I'm sure I will be throwing some in PS. Also get to gift an Art Suite to a friend in previous post below. She will get all the benefits PSP Art suite offers along with upgrades and support but when it comes to older pics...she gets them though because she has mastered photo restoration ;)

Speaking of  Art programs, I didn't really get to work in mine this week. Weening off games in FB had me delete some friends by accident and there are some games I still play. Did do a wallpaper for family friends anniversary but it was a quickie. He is who had me digging in old pics. 30 yrs in the marines as an airplane mechanic...he had sent me pics of bombs loaded on the planes here saying "To Sadam, for all you do, The Tobins". Just so glad that country isn't as oppressed anymore and Sadams cruel nature to his people has ceased. 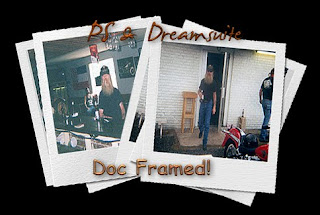 And ahhhh haaaa! More old pics from my bar! Doc was my colorful character I called a 'Mini ZZ Top'. Can't remember what he did for a living but I would throw him on duty at the bar on weekends when I needed 3 bartenders at a time lol! He and Jim endured 21 agents from 4 different agencies (DEA, ATF, FBI, Local) that did a raid on all the bars on the Gulf. The headlines read "This Bust is for You". Everyone got a felony charge, except me. The paper stated "..and 1 misdeamenor" which came to $100. This was because the boys stored liquor in wrong place while I was awaiting my liquor license :/ At least they bailed me out first among a hundred or so of us rounded up at the armory. So now I have HIM framed above lol! In PS and Dreamsuite, anyway :l

I've always heard what goes around, comes around. As for graphics and gifts....I've paid it forward and it's come around again so Shar...this 360 is for you, my beloved friend ;)
Posted by Tobin at 11:54 AM 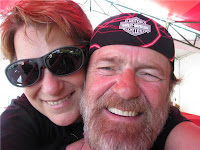 Since I joined Facebook 2-3 weeks ago for my daughter I find she is hardly there. My time has been too preoccupied there playing games with friends. It has been fun and I have to say all wasn't lost. I reconnected with some dear friends. One I had lost contact with about 8 years ago...the other was up here about 3 years ago but hurricane Katrina has kept him in motion on the road a bit. The one posted here has no idea how she helped me through a very hard time in life via graphic programs and just being there to respond and brighten my day. It was a time of pain for her as well but how beautiful to reemerge finding her a healthy and happy new grandmother! (photo here and not taken by me).

Well the weather has been getting warm enough to start spring cleaning and prepare to fence off at least an acre in back for the hounds (we plan to fly another one in from Greece). The resident deer here do not bother to move from our front yard when we drive up the lane to the house any more. They hang on that 3 acres every night and Paros will knock us down to get to them! Seems they know the 2 Goldens won't bother them either. I just hope Paros settles down with another hound to run and relate with. The shih tzu isn't his cup of tea ;) (photo here of Kid Red playing with Ironing Board Sam at the Jazz Fest's House of Blues Stage and taken by me).

Well Jim's in Picayune today and has split his vacation up. He has taken one week off already to work for my family. I think he has 3 weeks left and wants to spend one of it with our friends in Louisisana. I was hoping to stay with my friend instead of his or a motel so we'll see. The other week will be traveling to Atlanta to pick up the new hound from Greece hopefully and we are talking about seeing Shar (above) in Indiana. Usually I upload a graphic in a post but with all the reconnections in FB...I'm just posting an old graphic header for a web set I did years ago from a collage of photos here today.

As for transmissions...whether on the road via cell phone, ham radio, call box or online via My Space, Facebook...Hello. I'm glad you are still out there ;)
Posted by Tobin at 8:10 AM
Newer Posts Older Posts Home
Subscribe to: Posts (Atom)