This weekend was Jim's birthday and I had bought enough steaks to grill for 3 days and invited family down. Other than wiring difficulties causing heat issues in the den...we had a good time with them and I think he really liked his birthday this year even though the Harley stuff I bought him didn't come in yet, his jeans didn't fit, I bought the wrong Son's of Anarchy season, etc....he liked this birthday better than the year I hired a band and dancer at the bar (during my bad a** years).

So today I decided to take a day of reflection before my birthday this weekend and I get back to planning our trips. It is the anniversary of my nephew's flight to God 14 years ago and his burial will always be linked on my birthday so I decided to put together the photos I took last December (12/12/12 at 12) when I chartered the flight over the Blue Hole and Belize Cayes from Tropic Air. I also gave my sister a little Harley Davidson peridot in silver ring I had bought myself for my bday because she liked it and well...I want to remind her constantly that she is loved by me :} We are all linked some way or another. It is the impression I got with my near death excursion where I felt 'plugged in' to the universe. It is...we are...all meant for a purpose. The good and the bad. We are all linked.


﻿
Still trying to get to the camera's and get some shots, save old ones to CD's on my only half working, about to go out computer :/ Wanted to jot down about my last graphic I am wanting to redo when I get back. I started to follow the tutorial at PSD Vault on Magical Fire Energy but somewhere along the way I messed up so bad, or deviated so far from what he had, I just started brushing, smudging, adding layers of grunge brushes and overlays or burning out the layers. 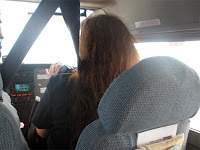 Well...the only things I'm worried about are leaving Paros and the flight over the Atlantic. Don't know why...I sometimes think I can't top the fun I had in that Cessna. Even with my hair getting caught everywhere like in the camera and the window latch...opening the window :l And now I know not to move my legs around because there aren't brakes under there...it's rudders! :D Got my headphones to plug into music, plan theatre, videos, and to listen to my Italian lessons. Hope to freshen up on my French but I know I will be saying "Combien" and "Prezzo" a lot!

Prayers went out this past month to those in Europe, a lady friend, our friend in critical care in Louisiana, a sister, and the hopes my nephew's soul soars high and free like I felt above it all. We are linked and we all come back around to each other, eventually. 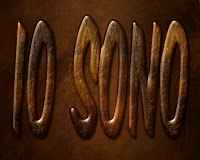 After my last post I ended up in ER and docs with back out for 2 weeks so I got behind on a lot. First time that happened but after my 12 hour session with ATT and tripping over the router wires, another 2 hours with HP and then Norton...it just got worse after a couple of days. When I heeled...I sure the hell wasn't going to pick back up with fixing the computers or having HP out to fix this one (which is seriously on a tangent to somewhere over here :/). I decided to book us out of here to Europe and then another trip for Cmas :} We are taking my stepfather and oldest grandson on the Cmas trip with 2 room suite and vista wrap around balconies on both voyages :D Nuff with stupids :P

Or so I thought lol. My lawn man/gardener quit on us without notice and the grass was a month high so I had to jump up and let my Harley go for dirt cheap to purchase a riding lawn mower. If I knew he was going to bail out on us...I wouldn't have done the Europe thing but probably best anyway because I just got too excited passing my bike in the foyer and knew trouble was going to ensue :l Lol...he said he wasn't even shopping for a Harley. Everyone panicked me with a "You're selling your bike on Craig's List and taking a check" so much I started getting paranoid. I really liked the guy and could sense he was a trust worthy decent man so was going to roll with it anyway until Jim mentioned we needed to cut they front 2 acres now or we'd have to bush hog it. It was 6 weeks high at this point and he was cutting the back acre by propelled mower while the cop here bush hogged the acre behind that so at least P and pals had a place to run.

Well...all I can say is I wish I was a fly on the tree when this black man came rolling out the front doors down the steps on the hill on my Harley lol and lord knows it felt like a party at the bank for an hour while they ran his credit union check. It was good but cost me another $250 to cash it that day
instead of letting it ride in the bank for a week :/  Come to find out...he was a Memphis Police officer lol and intends on keeping his other bike too!

And I believe if you don't fight it and roll where God wants you to...things will all come together eventually. There happened to have been a sale at sears that week so we bought Jim a twin engine, shock absorber, 54" machine and saved almost a grand! The owner of the sears homestore delivered it himself and said he was turning in his 0 turn chair thing (that had on suspension or whatever) for this new one with easy turn whatever himself. I dunno but best I turned over the Harley before I had another 'wreckcident' lol.

So I have been making my plans to fly out to Europe and board out to see Spain, France, Italy, and Croatia. Didn't get to book a voyage to Greece and my stepfather says I really would like it better. I have been dying to see Rome, Naples, Sicily, Venice, Florence, etc, (especially the Basilica, Sistine chapel....) so maybe if I can survive the flight along with being away from P...I can make my next journey to Greece!

As for my step father and grandson...I am just so glad I get to take them on a cruise to the Caribbean for Christmas too! I did enjoy the grandchildren from the youngest daughter when we took a couple of them last year so now I get to treat my grandson from my oldest daughter and enjoy his company as well :}

Till then...I did get to play with Photoshop a bit while on the phone ordering stuff for the trip although I didn't follow the tutorials too well and 'winged' it mostly. Did get some photos in one of the cameras somewhere of the gardens but had to burn most of them because of the fungus from the rains this spring. Even the cotton fields burned for days after their first planting. I guess it's for the best we head out of here for awhile.

But not without boarding out with a sister too who will be house/pet sitting although she wants to go to New Orleans. I'm thinking we will be boarding out to the Caribbean for Feb/March :)))))