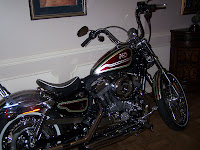 Even though I have the bike parked in the foyer...it's hard to roll it out either double door. The front ones lead to a descent of stairs outside and it's too heavy for me to control. And when I go through the back doors...I have to maneuver through plants and 2 AC compressors :/ So I have Jim to get it out of the house for me and all has been well...until one day hot and tired from gardening...I went to stop and since my feet won't quite reach the ground, I have to slightly shift it to the side and well...a 1200 is a big engine for me so I was too tired and didn't have the strength that day to balance it. What was worse is I went to lean it in on my bad arm and we just rolled on over together :((((

Other than that...I've been getting some plants in the beds I prepared after all those rains we had ceased. Just held my breath through it all hoping we didn't get hit by a tornado but did get blight on a couple of ornamental pear trees by my patio so we spent the memorial day weekend removing them :/  So I spent all week sorting plants, bedding some, buying fungicide and reading up on symptoms, spreading bug granules in front 3 acres of lawn, checking which plants showed signs of insects or whatever and got a few that have some issues. Waiting to see what I do with all that or if they are contagious or not...other than that...everything has been doing well :) 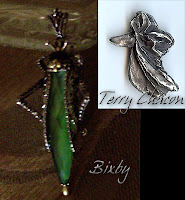 Lawn guy didn't show up last week so the grass was going on a month of growth! Panicked...I tried to see what happened to him on Sat but no answer so I finally got the cop to cut it (with a bit of butt chewing) and he come to hook me up on Sunday!! :D  He is on of the most decent, awesome, ﻿﻿respectable person I've met here so far and just to show what kind of man he is...his son had just graduated high school and he came anyway!! He has my vote for about anything he would run for :} Felt like a dog and then I see the long term lawn guy who does this for a living show up on Monday so I will have to call him when I get a moment. Hope he doesn't quit on me. I guess I will have to start shopping for a *#!% 54" riding mower for the front 3 acres :P

﻿﻿﻿﻿Well...it's Paros' birthday in a couple of weeks and Jim will be in Florida this weekend. We decided to celebrate his birthday on the weekend before or after (whichever one he is not on call). We will just finish his house, grill steaks (he loves rib eye the best), and ride for ice milk :9 Of course he loves his walkabouts :D  Can't believe it's been 5 yrs. Got a sculpted piece of jewelry from an afghan hound artist to wear next to my heart :} She (Terry Chacon) has another larger piece I'm drooling for too so...for my bday.... more Paros stuff?!? Lol..my best friend and treasure here on earth ;)

And Kudo's to AT&T for once!! They forgot to shut off the phone when I asked them too after discovering that $20 price was going up in a year! Two lines are hard enough for me to deal with! She said they would keep it that way and I ordered a cell :l  Is it me or are they really honest? We'll see.
﻿

Till then...have you hugged your tree or best friend today?!? Lol...laughter keeps the heart in song and well...I guess I'm ridin' bitch again :/ (but keeping my legs up that high for 40 minutes in my mid 50's....a damn miracle!).
And thank you God for Gamer; Paros's father. Keep him safe till his people join him. 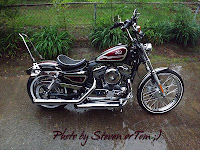 Well...I don't know how we get slung off one path onto another so quick, fast, and in a hurry but I went from helping my stepfather with his plumbing and working out deals with my sister on tractor and tax thing to looking at riding mowers and a little brothers Harley his family won off a radio call in contest lol. I had wanted to take a grandson and daughter on a cruise and have a weekend excursion at a antebellum/plantation home with a sister but somehow veered off course and getting a sportster for Mother's day. Jim will have to bring it home so we can't wait to get photos of him on this thing. It will look like he is anally inserting it but it's been 18 yrs since I sold my bike and with my bones...I'm a bit apprehensive on relearning to ride. We call it 'the pony' and plan to get a new tank so we can make a sconce and clock for their garage to remember their winnings (saw this on 'Junk Gypsy's' ;) 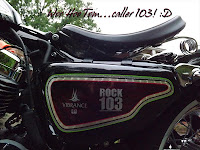 Mentioning apprehension....I felt so dizzy and sick on part of my exam I had to leave the hospital as soon as I had arrived for my appt. this week. Rescheduled for this coming week and just really need to get this done. Probably from panic attacks but then again...the crop duster hit the fields this week too and flew DEAD OVER the house while I was out in the gardens. Could see the dude in the cockpit of his yellow and blue plane. Keep telling myself to come in when the spray across the road from our lane but forgot. Got some great sun that day so who knows...maybe it was from too much sun :o

So the gardener went up on his prices and Jim says we may as well just cut our own grounds but I've come up with a compromise to postpone this 'extra chore' for now. Cut him back to every 3 weeks :D Got enough to finish right now with the taxes, physical and tests, renovations, spring cleaning, and last week I got the 'blue screen of death' during a video with a child in horns rocking out :(((( Looks like I have to schedule a day with HP...not that they will catch anything. They missed the framework issues and the wireless printer I bought from them is a constant pain :P

But love my peaceful time in the gardens and everything is coming into bloom! Can't wait to get photos. Still have issues with hand in grooming the dogs but trying to at least keep them clean and clipped :} Enjoyed taking step dad out to dinner and dining with some woman in town last night (minus the one anal condescending one who seems to have an issue about us replacing our lawn guy with a mower thinking I can't ride it in the yard lol). Too bad I can't pop wheelies anymore on the bikes or I would do so while driving by her house, sounding my horn lol! (maybe a dose of the word would give one's tongue a civil edge of class ;)


Hopes and wishes for a sound mother's day full of positive & fond memories with help in all the right directions :}
(And that's Jim's ride is better than my graphics with Textuts :l)
Posted by Tobin at 3:57 PM
Newer Posts Older Posts Home
Subscribe to: Posts (Atom)