I can't believe it's been 2 months since the last post. Longest period of silence for me in here largely in part due to getting off "UHC Network Treadmill" and finding my own doctor. It was like a mountain of stress taken off my back and whether or not I survive this stage 3 liver mess...I am under a doctor's care whom I actually see, has a license, clean office, prescribes treatments, answers questions etc.!! Whether he is a POE, POP...I dunno. I never had to deal with or understand insurance mess so when I went to purchase mine again...I just thought getting it through Jim's work would take one less bill off of my desk. Not that I got a price break. It cost me as much or more as the other private health insurances I've purchased for me in the past.

So with the internet running, seeing doctors WHO ARE PRESENT AND PROFESSIONAL....I've been ok and liver not so inflamed with the stress gone. Thanksgiving came about and Jim didn't come home until late the night before so I didn't get to shop for food but not too worried about it...there was always chicken from the gas station lol but we were lucky Cracker Barrel was opened (although I'd been happier with the baked chicken from the gas station if it was free from food poisoning :/). I think the first time my liver swelled up was around our Christmas trip to Caribbean when I had a small piece of Tiramisu :/ Then twice after seeing liver doc after Christmas right before my blood work thanks to the local store here. I think they purchase rejected food left hot on trucks and rejected by other stores. About 40% of it is expired. Even the elderly impoverished blacks here and distressed about it so it isn't like I'm finicky or particular, even though I am, but I mean really?!? When even those who are more free going with what hits their table or mouths notice this...it's a problem that needs to be addressed. So my liver kicked me down for 2 days last week after purchasing some feta cheese with a good date (after I threw the 6 or so expired containers of bleu cheese off to the side :P). What happened to our laws and protection for clean food, air, and water? Health care? WTH?!?? 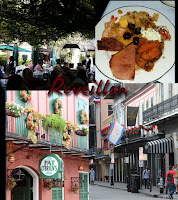 I also thought we were still under the regulations of gun control until I heard Obama's speech on it. I know I was screened for my handgun when I had run night deposits of large sums of money to the bank. I took gun safety classes, registered my firearm, took care of it, adhered to the rules of reporting it when it was taken, and never used it for anything but to insure my safety. You just don't play, threaten, toy, or carelessly handle a firearm. Nor should anyone else use it other than your instructor. Kudo's to Obama. I didn't realize we allowed irresponsible idiots to have guns because of some 'loop hole' and the internet :P

But what compelled me to come in here this week was hearing about David Bowie's passing. We have been playing the crap out of "Black Star" since before Christmas and all doing what we call Bowie's "Creepy Shakes" (instead of "Hippie Shakes" lol :D) from Memphis to New Orleans, to Caribbean, and everywhere inbetween. I had even learned my eldest daughter (pictured here) would watch his movie "Labyrinth" and others over, and over again just because of him! How cool this artist from my generation spanned into the next! He probably did that piece for his son no doubt :} He continued on with the story of the "Starman" and all of his alien, Major Tom (Space Oddity, Ashes to Ashes, etc.), and other songs about our beloved starman (also played on the new movie "The Martian"....I had to back it up to watch the movie once I quit rocking out to "Starman" from Ziggy Stardust lol :D ). He plays the prophet telling the story in this 'other world' where the starman landed and died, and how this primitive culture looked up to him and probably thought this is where they came from (like the Mayan's at Chichen Itza or Tulum thought they derived from snakes and worshipped them). We could only speculate they sacrificed the men once they bred with them but hearing how he died the weekend the full album was released on his 69th birthday, getting his star on the Hollywood Blvd. walk of fame, the play out from Lazarus, and Michael Hall from showtime's "Dexter" preformed on a late night show....all in one week...Bowie never emulates another artist...he comes on the scene in his own unique way.

And to those who think it all means some satanic crap...what a primitive assumption showing your ignorance. He is a star and unfortunately he had this black mass taking him from us and he knew it. I'm sure he has had his doubts but those of us who have followed Bowie throughout the years know better. He is all about spirituality, not religion, and has questioned the existence of God like all humans. Obviously he had some issues with his illness from his new songs so I'm inclined to agree with CNN's article speculating about it as well. But now he knows there is a God for sure so RIP Bowie....we'll always love you and do the 'creepy shakes'...knowing you are free as that blue bird in heaven within pure energy of light and love which is whom we call God :)

Prayers to the 7 year old boy who lost his life from the tornado that hit right before Christmas up the road from here and Bowie's family. I'll probably always love "Heroes" the best because it was then I was SURE he wasn't strange, just normal and highly creative :) My daughter was on her 4th time of watching "Labyrinth" one day in the 80's when I had to pull the VHS tape out and make her go get some exercise outside but ironically I never knew until this Christmas going home to NOLA that she was just mesmerized with him!We'll always have our passport and shoes ready, Bowie, doing the 'creepy shakes', singing Starman and Space Oddity, and moving onwards and upwards right behind you! :))))


Thanks for all the years of music and movies. We've always been aboard listening to and following you, loving where you are still taking us. You'll always be 'Golden' to us ;)