Since the last post...I did get to see the liver specialist out of pocket and had my questions answered and then some like the insurance dragging their feet saying NO to everything and why that one lesion last year has multiplied into many lessions including my liver now (1.5 yrs. later :/). We just need to find the infection and well...I'm still on the water thing. The dogs and I are sick at the same time and Jim won't be because he is in Atlanta all the time. And wouldn't you know my liver would be swollen on that visit 2 days after a stressful scenario with AT&T again about my internet speeds on the computers (even the new one) slowing down to 1.0 to 3.0 (on a good day)? But I practiced breathing technics and clasped my cross while saying prayers while I waited to relax and not come off as some excited rube who is getting to see a real doctor and not have to look on WEB MD for my answers while fighting AT&T for internet speed lol :D No wonder all of the other doctors laugh at this mess and even the one I never got to see in the year and a half (nurse anyway) say I have the WORST insurance of ALL!! United Health Care. Don't do it. It's a trick :/

So I just got tired of the nightmares and crying in the night disturbing Jim's sleep when he is home, waking him up, worrying him, and then he'll console me so I jumped up and shopped for him the Harley he wanted; Heritage Softail. He had even slipped and fell in the shower in Atlanta the week I gave him more bad news and landed in the ER so I just wanted to put a pep in his step and make him

happy by getting out from the black cloud UHC allows to linger over our heads and get happy and not worry about me for a moment. 2 days later he takes a sick personal day (what I call a 'get well' and 'live' day!) and headed out towards Hattiesburg Cycles which is a HUGE place with EXCELLENT inventory and an Indian dealership. When we walked in the door, a little Indian Scout with matt finish in Paros colors grabbed my eye so I just stood there a moment. Jim liked her too! He liked her so much, he passed on the Harley and bought her even though she is smaller than my sportster (which I couldn't get my feet flat on the ground but this scout I can!!). Paros went for the ride too and got to go in loving the attention! He is a very sociable boy and sooo sweet but the day got a little rough on us when we learned my new insurance I had gotten from the bank canceled on me, we had no time to add the tow package to my SUV to trailer it home because of that mess (both of us nervous about me having to drive), and Jim froze and ached from riding it home 3 hours into the night :(

But regardless of the obstacles, I laughed most of the day at him when he said he'd have to change all of his Harley stuff! Then when he got home saying "That's out of my system now" and in the morning when he said "Happy anniversary...I just bought you a bike!" Lol...we are back at the
drawing board looking at used Harleys but I know my mission was accomplished by the way he and Paros lit up like fireflies during the course of the day :) And somehow I knew when I quit worrying about the unscrupulous ethics and policies, mistreatment, and devious con methods of big businesses like ATT and UHC by putting it all in God's hands...things would come about ok regardless of our plans. They became His plan for us so the ripple effect took a different path from the one we were on and we came home with a fresh perspective :) Also found out his boss has the same exact bike so how bad can that be? It's a sharp little scoot!

And even though the insurance thinks I'm alright but when I got on the bike I could tell my balance was off...maybe they are right and I should take 'alright' for a ride lol! :D Although the neurologist was going to run another scan to see if the growth in my neck was growing and pressing more on my spine...and check the ruptured disc that sometimes presses on my nerves when I try to get active
(which is the least of my problems), the insurance thinks I should just do some physical therapy (which I am happy for on the disc part at least) but we'll see. I told my general practitioner yesterday if it's not in my head...I'll be in with more shattered bones :( If not...I'll be getting some of that fresh crop dusted country air after my glass of coliform water ...clearing my head and laughing in the wind I call "God's Breath" ;) 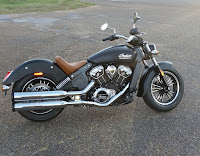 As far as these health insurance companies tying the docs hands behind their backs and not letting them do their jobs correctly, forcing us to just see nurses who only have a 4 yr degree (which I'd rather go into the vet with the dogs myself), and just go in for one thing at a time even though you may fall like me and shatter your arm along with hurt your lower back at the same time (which will FINALLY be looked at next week and has gotten worse with the trip over the wires when ATT connect tech had me bridge router to router one night)...I don't see where they, nor I, are saving any money so I will just keep making appts until it is corrected. The doc just laughed when I said "Inept" and how a friend in Canada was diagnosed with a lung tumor and already underwent chemo and radiation within 3 months time! We know she doesn't carry UHC lol! :D So nothing pathetic here but the companies :P I'm still trying to get in touch with FDA and discuss drug and treatment quality in Mexico...for real! I only blame that lesion turning into lesions this past year and a half on UHC even though they try to blame it on the region and docs (shame on them! family and co workers in other states that have them are saying the same thing about them! And they really should check who they 'network' with or hire into their network :P ). 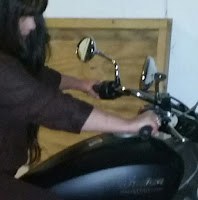 Other than that...when I went to get my BP meds refilled at Walmart ...and every month they I have no more...Jim says he will send them my funeral bill if anything happens to me. We later get "Oh...here it is" EVERY month so stupid stops here too. Next month I will have them at the pharmacy here in town and we are TOTALLY boycotting Walmart :P After my BP got high yesterday, liver started swelling, I became disoriented in the middle of the parking lot and had to figure out what I was doing and where was I. I just drove over next door to the hospital and downloaded on a nice lady there, we laughed, down breathing techniques, called Jim who was under 2 hours away to meet me at a restaurant and drive me on in home :) (and I gess I'll need a therapist in their network because boy am I getting depressed with my life on hold :( ). I probably need to just stay away from anything or anyone that's stupid but I feel every time I turn around and take 2 steps...I meet up with it again :/

Yep. Till then it's all a ripple effect. But we're through riding the inept waves cast by big business. We are skipping our own stones and I can't wait to see what's on the other side of the pond! (and I'm ready to shave my head of hair to show the gashes from the falls :/ Lol...my vet says along with the gen. P they should also do a lyme test from the 5 ticks in my head Mana brought me from the woods :l).