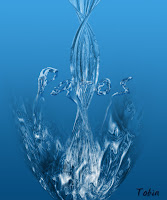 Before the country goes broke...I purchased and installed my PS CS5 so I've rerouted off of PSP on the new machine. I think I can install the PS CS2 on one of the other machines but will find out for sure via phone instead of chat ;)  So thanks to the english dude at 'help with photoshop' (I think the site is down right now but you can find him on you tube). Simple really....and perfect since we are going through this drought thing :(

Well...we'll just say I am still waiting for labels to mail Jim's DSL modem back that came in my name and after 2 phone calls and the doc raising my bp meds to some serious mg and asking me what the heck is going on....billing better not try and charge me or I'll reroute them to my lawyer along with this over $100 in meds per month after copay of my insurance! Maybe he can get my 2 yrs. of paying for 6.0 DSL they don't have here. PO'ed and still dropping f bombs :P Enough to reroute my blood and attitude lol.

But loving the new tai chi dvd that is geared more to rerouting all the negativity and geared to healing more than martial arts. It's awesome and very relaxing. I'm also trying to reroute all the wires that seem to have converged into my office like direct TV, the security cameras, etc. Almost have everything wireless but those 2 and the XBox which seems simple (if an 8 yr old can do it and make a you tube video..... :) Still playing FF 13 on PS3 simultanously and in sync with XBox but can't wait for the new Sims 3 Pets to come out! :D

Still trying to rehabilitate Aurora. She is sooooo sweet and stays by my side. Unless a man is around. She cowars and scurries to her cage and won't come out of hours :(  She did get scared of me and avoid me for 3 days when I swatted a fly in the kitchen. Glad I didn't tell her it's dead! (and just wished it was....you guessed it! AT&T!!! :D).

Everything is peaceful other than that. Lots of sleeping and amazing how many people on BP meds didn't realize it is what makes you tired a lot :(  I plan to get off these things by summers end. Jim is already looking for other phone service when he saw his first bill for $225 lol. Yep. Recharged for something I bought 2 yrs ago...face plate for my dual line jack. Then it was checked again just a couple of months ago and nothing was wrong. Of course it was because there is no 6.0 DSL lol.

That tech don't even need to come back this way or I'll reroute his ass to you know where :P
Posted by Tobin at 7:21 PM 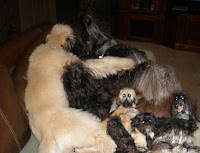 Not that I ever lack in something to say around here but I do feel like I am red riding hood and the big bad wolf (AT&T) says they finally have things fixed with our accounts (not holding my breath and well...we just dropped Jim's internet since they were still having issues with it...we thought we'd make it simple for them lol and no...speeds are still deficient :/).

Well...at least it's not Paros who is the big bad wolf trying to 'mount' Aurora anymore. I guess 5 days of "LEAVE IT" in an evil tone has him behaving to where we can allow A to run with the pack. Her tail has gone from tucked under her belly to a straight down position. She sometimes has issues coming in if the rest run ahead of her but working with it. And Paros no longer faces towards the neighbors house in wait for the retriever but faces into the yard watching his pack! :))))) 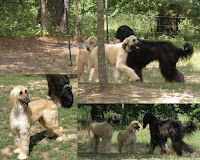 So maybe if all is right with AT&T....I can focus on progressing my tai chi forms. I ordered a DVD on Qi Jong from Chris Andrel because he is soooo understandable and a nice guy to talk with ;)  The yang forms are more geared toward martial arts and although I like parting mane and other moves...my heel kick lands into a butt drop and my knee just won't come up like it should with the Golden cock move :/ I also would like to order the 3 set DVD by Bill Douglas while it is half price almost :D

I did move one of Martial Robin's pieces of Gamer (Paros father "Exxos Gameboy at Zharook" owned by Pat Latimer...now deceased but forever in all of our hearts and minds as one of the finest...and Paros is the best I will ever own too :)  It's in the computer room since I can veiw it more in here than the formal area (I have another few pieces of his :D). I think it was one of the days I was getting AT&T to correct things and took the phone to hammer a nail as if it was going to hurt AT&T :l  Geeez. When will they behave or get it right?!? Hell...the dogs do! Especially Paros...he is extremely smart :} 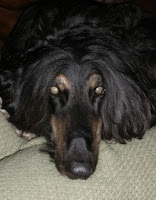 Maybe I should continue with the Yang forms of Tai Chi so I can 'Take Out" AT&T if they haven't correct things :P  They just hang up when my evil tone comes out and I become too stressed to practice breathing those days :/
Posted by Tobin at 4:40 PM

WILL BRAKE FOR HOT DOGS

.
Well...break for the kids that find it too hot to play outside lol. And thought I'd invite them into the den with Aurora and me to watch videos of other Afghan Hounds on you tube yesterday :)  Still loving 'Dance of the Snow leopard' shot by Julia but this one is by inbwood on Cali (my favorite being the hounds running back and forth from couch in den to sofa in living room...then both in the toilet for a drink!). P sulks when they block his view and come lay by me :(

Miss Aurora is still a bit sad and skittish but seems to follow me around. Annabelle is always kissing her and laying by her side. I think she is sensitive to her feelings but sometimes I think it's to say "Are you my mother?!?" Maybe both. Who knows lol. They do have their little feelings and P seems to be more sulky and a bit jealous now I have him some pals to play with. His mind is somewhat off of 'Wayne's Girl' next door (I still send them treats for catching the moles over here though!).

(I think this is becoming more of a dog blog than one on graphics or home rennovations  :l)
Posted by Tobin at 11:13 AM

.
Just a quick post to add that Aurora from Chandhara came to live with us anyway (it was between her and Belle after Annie didn't work out but now I have both!). The breeder who was boarding her in Texas was in route to take her to Atlanta where she was to then be picked up and taken to Maryland (too hot to fly them right now...hitting 100 now). Bayou decided move into her cage when we were on a walkabout lol ;) 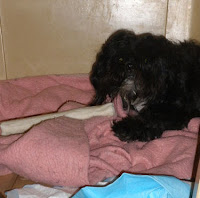 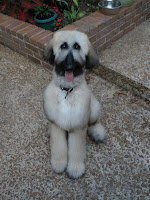 Last post I mentioned dropping my services with AT&T but kept my internet. Jim called for service then it came; "WELCOME, JOYCE, TO AT&T." Oh dear lord :l  I dropped them because they can't get anything right over here and I'm tired of fighting with them. It only took 2 weeks for them to get it right without 'canceling' a service I didn't call in to start. Not to mention my BP skyrocketed that week and found myself looking for a local doctor so I wouldn't have to commute (they called another nurse in to reconfirm the reading it was THAT high :/). Jim did laugh when I beat the phone up. He says I can't kill AT&T that way :/

And as if things weren't crazy enough around here, I make the local doctors appt. which I find out is at a clinic at the hospital that doesn't do surgeries. Then for them to tell me my 3 pm Tuesday appt wasn't there so I couldn't see the doctor because he sees new patients only via appt. :l  X-rays, blood work, new meds...at least the top part of BP is down and I'm not foaming at the mouth. Yet. :l 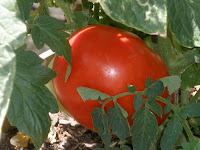 These few weeks did bring some relaxation. Baking, gardening, puzzles, cards, PS, and small trips when I have a driver, and of course...the dogs :}. We saw a few new releases like 'Red Riding Hood' (no news with 'CMA' sucking up air space :P), AFI awards and ironically enough ....Morgan Freeman received his legendary award thing. Now I hardly catch these and I am more the music freak around here but gotta admit...of all the ones to catch...I'd catch his. Hell...I thought he already had it lol :)

Well...I did feel well enough to help with the clearing and extend the fence finally (year later) but then my neck went out and you can just feel the bulge. Even though I mentioned this at the clinic (this part wasn't Xrayed), I guess it's not from sleeping wrong like they said. I feel like the clinic is the equivalent to an SPCA whereas my dogs go up into Memphis to their specialists. I would keep commuting for myself but the dizziness has me a bit leary to drive myself. Hey. I moved here because life is simple. I guess you could look at it as this isn't simple or is it just as simple as you can get?!? Geeez. I'm getting more than dizzy over here lol. So much for the new hound :(


Wonder if Freeman comes home he can give me a ride? Or we can just run to Mexico :D

(Just don't let him investigate the death of AT&T if I should get lucky ;)
﻿
Posted by Tobin at 5:54 PM
Newer Posts Older Posts Home
Subscribe to: Posts (Atom)