Phew. Jim's surgery on Monday went from a 2 hour quickie to a 10-12 hour ordeal with his whole leg wrapped up like a mummy :(  I can't even begin to count the prayers, tears, or even explain the fear of losing my best friend, companion, and love but both my navigators (Rushnell's term for God in his newest God Winks book "Devine Alignment" and well...my James...my road navigator here :}) came through for me and for once...I drove James home :} But lord, please knock some sense in me before I go out of town alone to fill his scripts at Walmart (7 hours and $400 later....alone the next day....ouch).

And I don't mind running up and down the stairs for him while he recuperates. I figure I'll be a size 2 and won't have to go to physical therapy lol. Of course I had to postpone finishing my hand therapy too but did drop in to see them yesterday. I also stopped at a bridal shop to look for gowns since the ones I found online wouldn't be made till mid January (and the first 2 I chose like the Jovani I thought could be done in 2 months advance notice). I just decided to find a custom seamstress/dressmaker and later order a Rina di Montella gown since we also had to postpone our vow renewal. I'll wear the necklace he bought me later too and since his favorite color is blue...it will give me plenty of time to find a gown in blue to wear.

As for the shop in the next town up...it looked dirty, tape sealed the cracks in the glass, it was closed at 2 pm on a Wed., and the area made me nervous but it was the only bridal shop there. I tried a shop in the town south of here but their selection was like the national chain, David's Bridal; full of synthetic fabrics forming a generic brides maids gown. I think I will try and call at a later date to see if they can order one for me since the designers at Rose Taft haven't responded (and heaven knows they are too busy too deal with one individual order although I don't see any of these bridal shops within 200 miles putting in many orders either :/). Long way from New Orleans sitting in Fleur de Paris or Lillie Rubin to be fitted for a custom dress or gown and drinking champagne :(((((

Ahhhh but the jokes inspired living here....like how aliens don't leave crop circles here....they leave crop "X's" lol. Jim's vascular surgeon even laughed at that one. We both do like Oxford which is an hour up and over. No real big stores like Best Buy, Sam's club, Outback, oh how we miss Texas de Brazil too! No dog shows, not much but quaint and intelligent with a university just the same.

Still...the bible belt here is strong with the power of prayer. Jim will be able to dance with me as planned and although my cousin's daughter who was involved in a serious accident will be in a wheel chair for her senior prom and won't dance....she is doing ok and her back isn't broken (praise God the navigator!!). I have been inspired by the Rose Taft gown that reminds me of Stevie Nicks garb to do a new mask for her so she will still be the 'Belle of the Ball' ;)


So despite all the adversities....I still like lemonade and have a grateful heart (and Jim's doc says it's ok for him to have his harley lol!). Nothing much matters to me but that he's home :}

I'm ready to dance regardless of what I'm wearing! 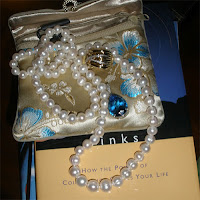 Our anniversary month and we are busy with fittings and ER visits. I just quit looking for my daughter's dog, Mana, with no reply back from anyone and depressed about it all. I figure whoever bathed her in green apple dish soap is housing her so Jim cheers me up and takes me last Saturday to Clarksdale while he has maintenance work on his company's van. I then asked him to take the rest of the day off so we enjoyed hitting the road in the Miata from Grenada to Southaven being fitted for formal wear. We plan to celebrate it all on the Christmas Cruise; birthdays, anniversary, Christmas. He did get me some jewelery to wear so I plan to wear it with a dress from  New York Dress (not sure which one though although the Bowls and Jovani match the fur...the 4th would be in Charcoal...Jim likes Jovani #3...so any votes would help ;)). Really great prices and for the second formal night...I will just wear a formal pant suit I bought from Dillards that oddly enough...cost more. Go figure :l 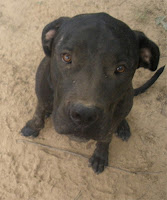 So we are looking forward to the trip but I had to make him come home again the other night to check out his leg that was bothering him. Ended up in the ER. Seems he has been traveling a bit too much and developed thrombosis with an infection so I have him off his feet a bit till we get it cleared up and visit a vascular surgeon. I'm hoping it won't hinder him getting his Harley in Feb. His bud is on standby and will build/do him a nice hard tail (shovel) unless we can splurge for an Evo. It will be his 10th harley but 40 something bikes including the triumps, 3 wheelers, nortons, etc. All this at one time I just giggle and say it is his turn to come out of surgery the next day and go on a cruise we already booked and paid for :}  He is just   glad this is going on now so he will be able to dance with me under the stars on the sky deck while in the caribbean! What a love and best friend :)))))) 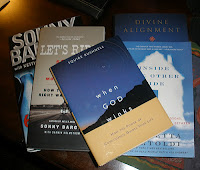 And even though we are so opposite...we are the same in many ways. It was odd ordering the Sonny Barger  and God Winks books from Barnes and Noble at the same time. The sales lady even commented on it lol and we will even exchange books and read each others. I am saving "Devine Alignment" for the cruise and he is saving his "6 Chambers and One Bullet" so for now I am reading "Inside the Other Side". (I still keep thinking 'boooooookkkkkks' with one of my hand therapy girls and found out she listed it in her bio as well. I will have to reschedule soon here).

Well...the new neighbors dog bite my beloved neighbor lady, pastor from Jim's favorite church came over, the tree was removed to the side of the property which was the wrong place, I've continued on with compatible software for windows like Stardock and dreamweaver (seems Autofx isn't on their list), cousins children/grandchildren were in an accident but out of the hospital, framework is still messed up in this computer from when I first got it and microsoft crashed it when trying to correct their corrupt files (HP got me back on but still all messed up in there and they are a bit out of it), not to mention we were told the water treatment plant is in the middle of a cotton field where they crop dust so I have to confirm this :/  Soooo not right. I'm butting heads with enough stuff around here still. 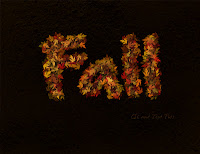 And talking about colliding with things...funny the stuff you watch while your spouse is down. We caught some episodes of  "Here Comes Honey Boo Boo" :l  I was disgusted at first until I caught it fromt he producers perspective through scenes of them swatting bugs, dog licking it's cooter, train going by the house (and I mean RIGHT UP ON IT!), and well...the foods they eat. I think the woman is smart enough though to  enable her daughter to do these pagents, hope they make enough money to come out of poverty and learn some social skills or what Ms. Georgia says "Refinement". The child does have a load of personality so when she talks about Glitzy her pet pig and doing things 'Redneck Style'....we just say we need to talk to the new neighbors about their dogs before we walk our Glitzy dog 'Southern Style' (we may need to carry a gun or stick but will offer them some fencing :}). And I did get to play in PS over at Texttuts (although I don't know why adobe manager came up and threw me a trial of CS6. Soooo wasn't ready for that :/).


Some collisions are bad, but others are good. So whether it's harleys and/or jewelry, God and/or bikers....attractions seem to pull towards one another and opposites do too. They don't always repel so hopefully there we be collisions of an awesome kind in the upcoming future. There is a reason for all things I believe so may God give us the strength and wisdom to find them and comfort us in our time of need  ;)

*Note: We met the local doctor and he is now Jim's doc. Although everyone had bad reviews on him...he was intelligent, attentive, cordial, sober, and we like him! :)

And he soooo wants to go back to work after the specialist tomorrow. Already read his book and tired of viewing formal suits, dresses, and excursions :/