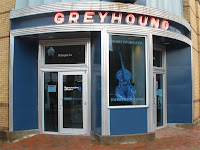 With Jim home after hitting NJ for a week, home for a moment, then IN for 9 days...he let me out my cage for a small Clarksdale excursion. Paros acted like it was Christmas getting to ride, walkabout town, strangers petting him at the local shop we visited, and of course treats we always stop for.

I postponed my peridontal surgery for a couple of reasons...one is to have Jim do the driving to Oxford while he is home and I am in my Anna Nicole state :l  Other than that...I really love driving to Oxford. I don't even mind the traffic jams of tractors and combines here in the land of blues and cotton. Just pleasant scenery, fresh air, and open roads (once you pass all the farm equipment rolling 20mph :/). 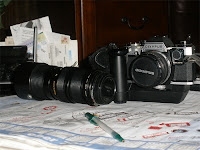 On the graphics front...I've had a blast playing with PS and making a background for my you tube page, wallpapers, and making videos (post below...learning between windows movie, Corel Video, HP Media Smart, and well forget Cyberlink DVD suite :/). Also studying which between Dreamweaver and Expression Web, and adding another back up battery for the main computer. Then there is wanting to update my camera to one of at least 16 MP so it will be sort of the equivalent to my 35 mm.  I really love the little 'snap and shoot' digital 8 mp camera. I seem to take more photos since I don't have to lug and keep up with all the other equipment :/

But research also had me in EPA site learning where to get a complete water test from at a decent price. Yes. Vet came back and said 'liver phosphotase up' again. I am now seeking a third oppinion and need to write/call his internist at Med Vets again. I'll never be able to get pet insurance until we get this resolved so I guess more money out to have the other dogs blood work analyzed by different vets to see where we are at on this. 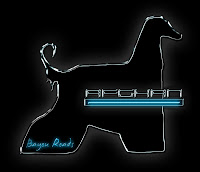 So I go to order the HduO water cooler with the dog bowl on the bottom. Nope. Seems Aninx Corp was only a company of 1 with leaky design flaws :/ (Edward Wittbold who is director of marketing at Conair). Well...his design idea is BRILLIANT so I hope someone backs him ;)  Hell...I'll order a leaky one! One of Jim's license is that of a plumber so I'll have him fix it (and if he can build harleys, big machine mechanic, fix old pipes in New Orleans French Quarter, not to mention my bar that no other plumber could get right....he could do it! ;)

Speaking of Harleys...he is on his 10th (not counting other bikes and trikes). He has built most but this one won't be built by him and probably a soft tail. I probably would have him get another hard tail if we were down by the city in New Orleans just doing a lot of short spurts with friends.

We won't even mention AT&T but nice they finally came through with the static IP address I ordered before Easter :/  Don't need it now though :P What is worse is each month billing charges me for one thing and the sales dept. keep selling me another. Really tired of them but as long as my 6.0 DSL doesn't hit below 5 and I keep the same unlimited plan I've had with Bell South all these years...I'm in on that part. But Verizon may be doing my phone along with Jim!

So I guess I'll be cut off from communications, my foyer will go from 'construction zone', then 'lobby' to 'parking lot' with the harley, I'll lose my first God given adult tooth, drive my friends and neighbors crazy lonesome and downloading on them, go broke from analyzing the liver thing, and thirst to death waiting for the water cooler to be available :/ I was even a good girl not ordering QVC's 'daily special' sleep number bed with advanced memory foam and looks like I could've had a soft place to be 'holed up' or die on if I didn't have all this other stuff on my list :(

But I've been officially recognized by the NAACP. And that's not from buying the 'Black Jesus' or 'Black Power' sleeping T Shirts either. I have to go thank my friend with the beauty supply store in town for this :D  At least my butt will go with 'soul' here in the land of blues.

Wouldn't you know that not only ALL the dogs are scheduled to go under for spays, ears, and the dental already done, but that I am now scheduled for surgery this Friday :l  I must have gasped when my peridontist said a lot of things come about from stress. OMG...I had to respond to a friend I download on 'Is that like when my Mother died Easter Sunday and we drove running from the 300 plus tornadoes during that 3 day period while flying in a daughter from Cali at 2 am....who picks up the flu with her child? And we hit the funeral the next morning on 3 hrs of sleep? Dropping off Paros to his specialist in Memphis?" I could go on with just a 1 week ordeal :/

But there were laughs amidst the madness. Like when she asked me why I was wearing a 'Black Power' T shirt :l  I dunno. "Is that what the graffiti says?" I asked her. Yep. Oh well...I wonder if I should send her a pic of the black Jesus T I bought this week. Jim just laughed and said I wasn't able to dress myself. I just thought he was tan. I hope he doesn't mind hanging out across my breast :o 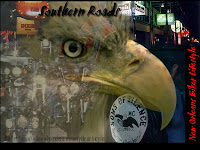 And she has been on my mind in Tai Chi when my instructor tries to remind me to pop my butt in. I have to admit...the story of the translator running across the floor with the master translating "He say...he say...why you butt out like that?" has me laughing amidst the current turbulences :D  And in discussing this on the phone with my daughter, wouldn't you know her instructor is on her butt about it being in the air too?!? Better than our noses lol! :P

I did get last week off though because of an anniversary trip she was taking :)  But I'm sure I will flunk class lol. If not for the butt or dyslexia...but for wishing her a safe journey then stammering while I tried to recall where it was she was going so blurted out "And hope it is a fruitful one" :l  Geeez. She is my age or so. Let's hope it was more fun that fruitful :} And God bless Annabelle's breeder for mentoring me through this 'under dog' thing. My panic attacks are literally making me sick and she has grounded me a lot through emails. I probably will call her during my nervous breakdown when Anna is scheduled for her spay. Then there is Jim's Bayou to have the hair plucked out of his ears. Vet already knows him by 'Hannibel' lol. 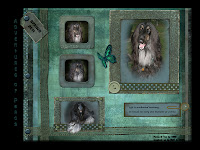 Not much in the graphics lately. Jim came back from NJ but headed back out to IN so I played a bit Rays Icing style in Adobe marketplace and found my old 'Southern Roads' site in the 'Way Back When' Archives :l. Also did the awesome futuristic text in the wallpaper from PSD TUTS. I just changed the contour in bevels and left out the scratches and screws. Fun and easy ;) The digital scrapbook page is from Computer Scrapbooking. I just layered P's pics, added the butterfly and font with my own layer styles. Good way to chill out with some free time :)

Well....regardless of all the stress that seems to hit at once, I do count my blessings. Things could be worse in life for sure and hope to make it through this wee spell too so Praise Jesus......in any color ;)